The Welschtiroler Historische Vereinigung is a free amateurist association of historical reenactmentset up with the intent to recall and propose the life and the vicissitudes both civil and military of South Tyrol in the period 1511-1918. 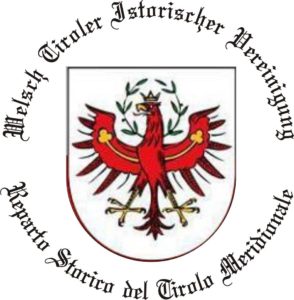 The association has a rich set of uniforms and materials, including a functioning field kitchen, carriage animals, cannons and rifles that are replicas of the old ones. Among the weapons there is a “Schwarzlose” gunmachine with a tripod and also a kicker, allowing it to be used during the assault by the Sturmtruppen There is also an automatic German Reinhold Becker Type 2 gauge 20mm model 1913, born for aeronautical use, but immediately used on ground with anti-aircraft function. In addition, the association has a Austrian-Hungaric field kitchenm, “Goulaschkanone“, perfectly functional, allowing them to prepare hot meals.

They also have tents and banners that are identical to the original ones This offers the possibility for children (but also adults) to be able to touch vintage equipments, assessing their weight and consistency, materials that are normally only visible in the picture or protected by display cases.

The Welschtiroler Historische Vereinigung association of Strigno Valsugana has been officially recognized as the first HISTORICAL ARTILLERY DEPARTMENT 1511-1918 in Italian national territory. It is also affiliated with the American Cleburn Artillerie.

A member of the association holds the “MAESTRO D’ARMI” (weapon master) License, the only such license issued in the Autonomous Province of Trento. Some members are in possession of the “carriages” license, compulsory license for driving horse-drawn carriages or artillery wagons along public roads. Carriages and cannons are regularly registered, punched and labeled according to the current European law. 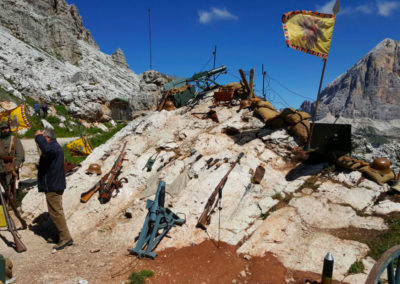 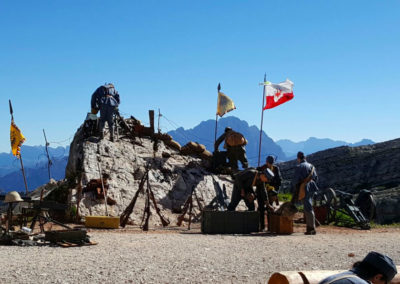 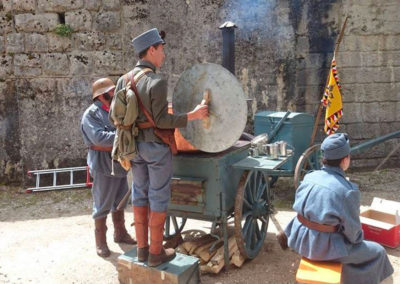 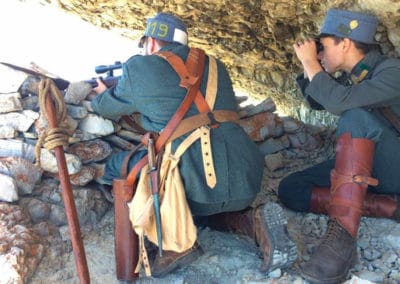 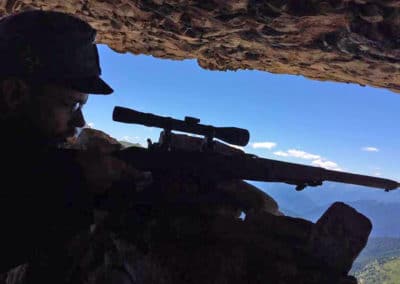 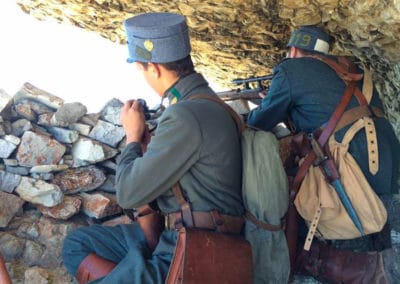 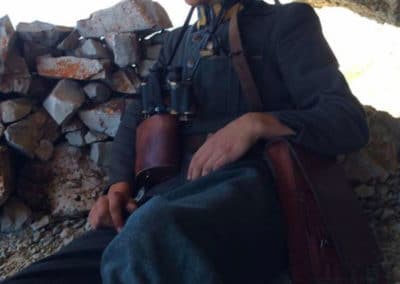 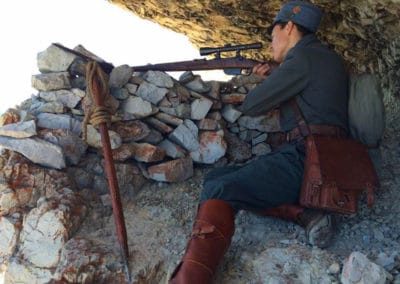 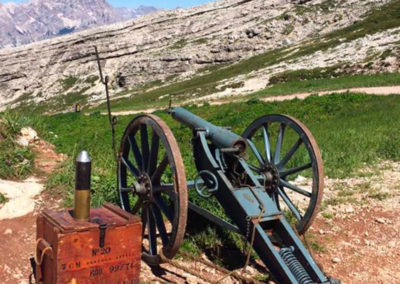 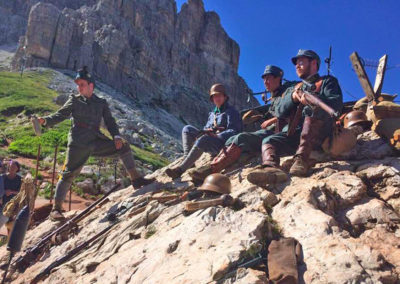 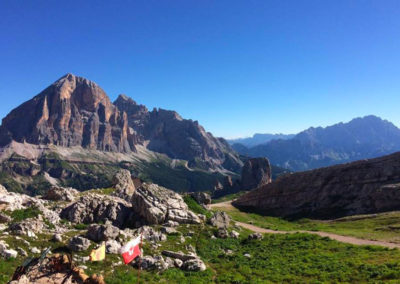 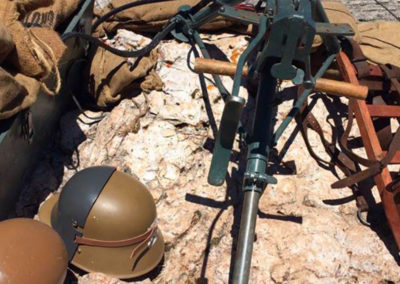 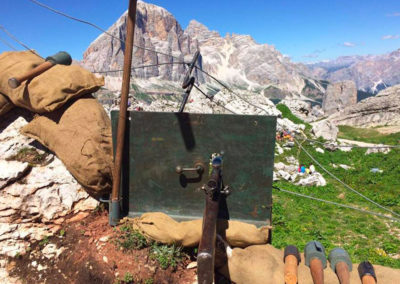 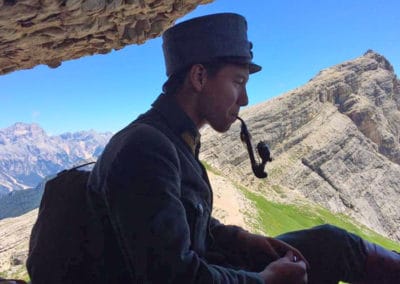 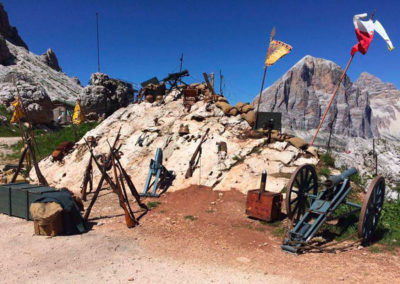 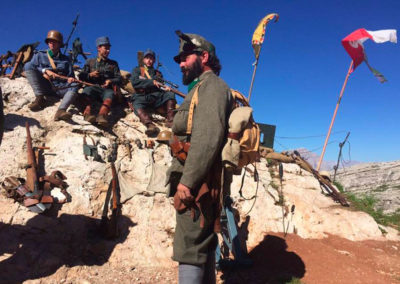 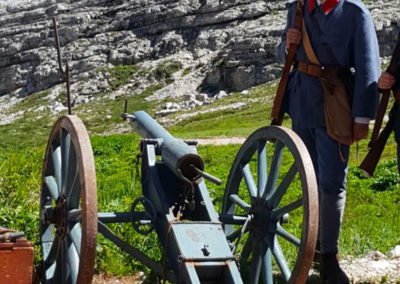 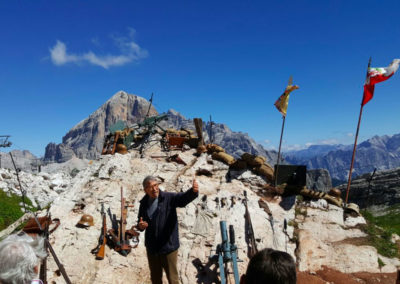 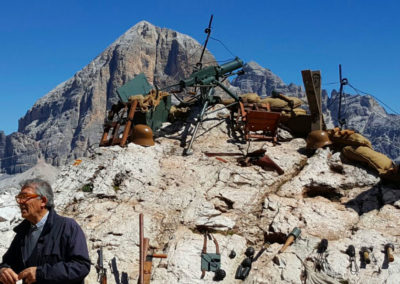 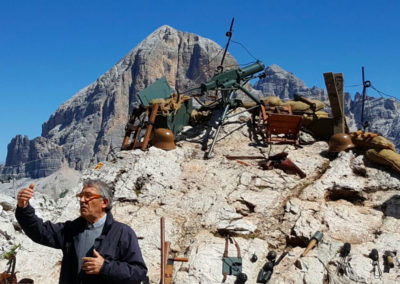 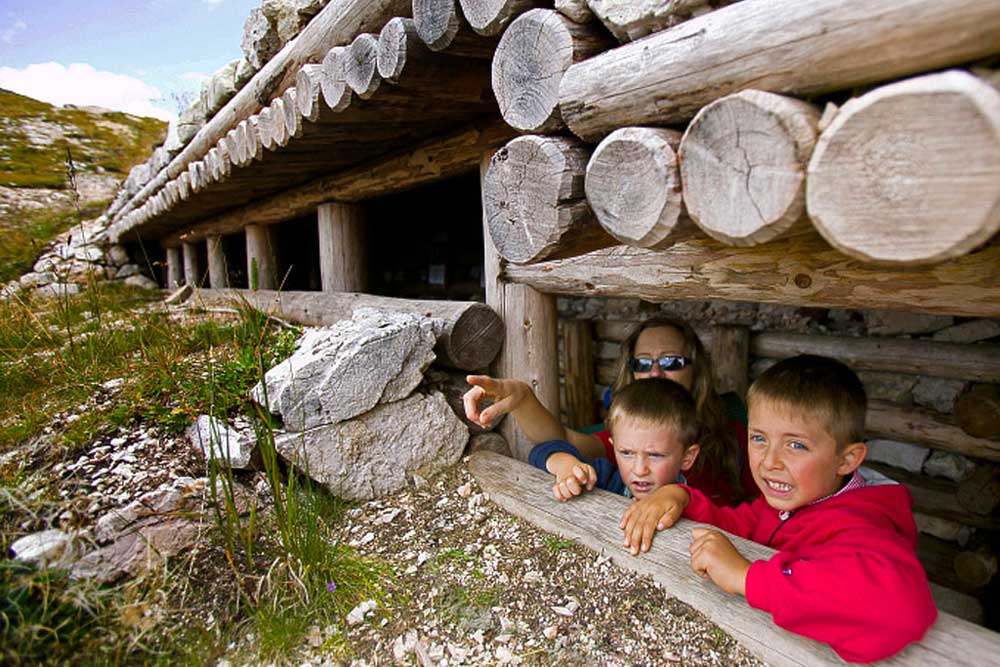 No event found!
Discover all events held at the Averau Mountain Hut