The area Lagazuoi – 5 Torri – Giau Pass in Cortina d’Ampezzo is one of the most beautiful areas of the Dolomites UNESCO World Heritage: wide, airy and radiant.

Full of history and legends, the Lagazuoi area – 5 Torri – Giau Pass offers a multitude of possibilities for everyone’s enjoyment.

The Mount Averau is the highest peak in the Nuvolau Group. Mount Averau overlooks the 5 Torri, the Giau Pass and the Falzarego Pass and has been known since antiquity as the secret place where theGolden-clawed eagle and fire beak,central character of the saga of Dolasilla and the Kingdom of Fanes.

The Lagazuoi (Fanis Group) consists of two distinct clearly reliefs, called Piccolo Lagazuoi (2,778 m above sea level) and Grande Lagazuoi (2,835 m). During the World War I,between 1915 and 1917, Lagazuoi was the scene of bloody clashes between Italian troops and Austro-Hungarian Army,who built complex networks of tunnels dug inside the Piccolo Lagazuoi to attack opposing positions with the mine warfare approach.

Recognisable for their particular spur formation, the 5 Torri (Nuvolau group) are among the most famous places in the Alps for climbing. Born in the late 1800s thanks to the great local climbers Angelo Dibona and Giuseppe Dimai,who opened the first climbing routes, its walls saw the rise of the historic rocking group “Squirrels”, the oldest club of non-professional climbers in Italy. Today it has become one of the largest natural climbing gyms in Europe:300 routes, from 3rd grade to 8b, from single pitch to multi-pitch both classic and sporty.

Located in the middle of a vast and spectacular pasture at the foot of Nuvolau (2,574 m) and Averau (2,647 m), the Giau Pass (2236 m) is the Alpine pass that connects the municipalities of Colle Santa Lucia and Selva di Cadore with Cortina d’Ampezzo. For 5 centuries the flourishing pastures of Giau were contested between the Ampezzani (Habsburg Empire) and Sanvitesi (Serenissima Republic of Venice) who climbed to the pasture by fork Ambrizzola and fork Giau. The diatribe acerbe on grazing rights culminated in 1752 when the Rovereto Convention imposed the construction
of the Wall of the Giau
: a wall 6 feet high and 5 feet wide that ran along the entire border of 2 kilometers to prevent the trespass of SanVitese cattle on the Ampezzani meadows. Something unthinkable in those times, but the people of San Vito finished it within the 90 days imposed by the Convention. The wall, one can still admire parts of it, was dismantled in 1918 when Cortina d’Ampezzo became Italian.

Check out them all!

Not only skiing and snowboarding at all levels of preparation, but also snow and ski mountaineering

Check out them all!

BOOK YOUR EXPERIENCE
IN THE DOLOMITES NOW! 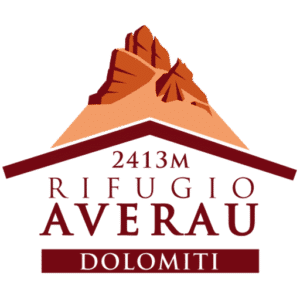